Adding to the vast design array of bespoke and embroidered trims by Samuel & Sons, the velvet borders in the Atelier Collection are woven to reveal a highly dense cut pile which in certain patterns is enhanced with embroidery or cording, all on a variety of refined linen and cotton grounds. The contrast between the dense velvet and intricate embroidery stitching reveals a graphic, dimensional illustration of each pattern.

The collection is composed of:
Alessia Velvet Border: A narrow geometric border derived from architectural ornamentation. The pattern features a series of lush velvet arches that are outlined with contrasting colour embroidery stitching. Alessia is offered in an array of shades ranging from tonal light neutrals of Oyster and Silverlight to mid-tones of Sage, Coral and Cerulean Blue complemented by striking bolder combinations in Lapis and Ebony.

Jules Velvet Border: This modern border features a series of alternating concentric satin corded circles and striped velvet squares. The pattern is further accentuated by its sophisticated colour combinations of a cool Zinc and warm Dune.

Florian Velvet Border: A graceful geometric border composed of velvet half rounds that are accented on either side with tonal cording. Florian is offered in six shades ranging from lighter neutrals of Oyster and Pollen to a soft coral-infused Blush, and a brilliant Basil, which are complemented by a stately Imperial, and warm, rich Maple.

Daphne Velvet Border: This border was inspired by the stylized botanical elements of the Art Nouveau movement. It depicts two-tone velvet blossoms and tendrils of leaves delicately suspended from corded vines, all sitting upon a fine cotton and linen twill ground. Colour combinations range from a neutral Oak and sophisticated Mineral to earthen Terra and vivid Forest. 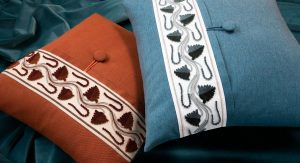 Émile Velvet Border: This features a series of architectural floral elements in succession that when combined create a stripe. Émile is offered in an array of soft tonal combinations from Parchment and Shell to a subdued Celestial and tone on tone organically inspired Laurel. 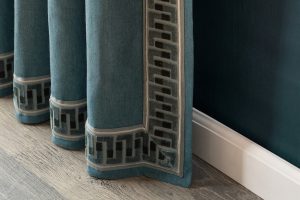 René Velvet Border: This striking border takes inspiration from the geometry of classic architectural dentil moulding. This minimalist Greek Key has been reinterpreted into a modern context through its patterning and colour combinations of a sleek Jasper, bold Espresso and natural Walnut.

Maxim Velvet Border: This is a botanical border features a two-tone velvet leaf stripe ascending along a central satin stitch stem. The velvet leaves are illustrated in shades Prussian Blue and Emerald sitting on an ivory ground.

Fri Jul 8 , 2022
[ad_1] Vacation and Tourism websites are the appetizer to a desired destination. The information presented delivers up a sneak peek for website visitors and entices them to want much more. AMNY Journey & Tourism will explore the great importance of introducing interactive things to vacation and tourism internet sites for […]